The Japanese word Reiki (靈氣) means literally the mysterious power of earthly and heavenly energy. In other words the universal energy, the source of all life on earth.

Reiki Ryoho stands for the Reiki treatment method or "the art to heal with Reiki energy".

In 1922, the Japanese Mikao Usui reached a state of spiritual enlightenment after 21 days of mediation (on Mount Kurama near Kyoto). He noticed that with the strong energy he felt flowing through his body, he could heal himself and other people.

Usui Sensei wanted to share the discovery of Reiki, and developed his Reiki Ryoho to teach it to others. From that moment on, healing with Reiki Ryoho has spread throughout the world. The goal being to restore your energy balance, on a physical, mental, emotional and spiritual level.

The Japanese Buddhist monk and international Reiki Master Hyakuten Inamoto established his school in 1998. It now carries the name Komyo ReikiDo, which literally stands for "The path of the bright light of Reiki". I trained Reiki Ryoho in this school where I have become Reiki master. 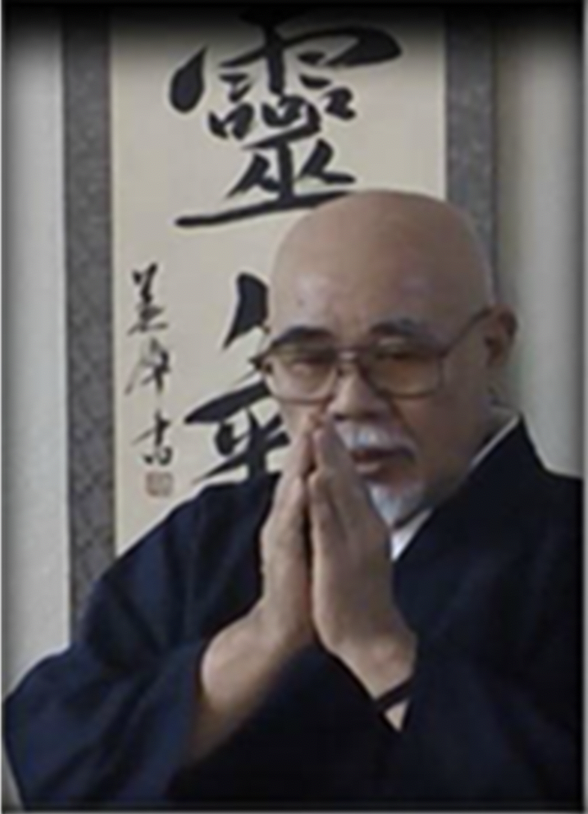 Hyakuten Inamoto (born in Kyoto, Japan), was initiated in Reiki Ryoho by his teacher Chiyoko Yamaguchi, who in turn was a pupil of Chujiro Hayashi, a student of Mikao Usui himself.

The Komyo ReikiDo teachings of Hyakuten Sensei follow as closely as possible the original principles and exercises of the Reiki Ryoho of Mikao Usui. A true example of 'keep-it-it-simple', exactly in line with Japanese ethics of "less is more". Simplicity is the key to the truth.

The purpose of the Komyo ReikiDo is to strive for an overall improvement of physical and mental health, to live peacefully and to grow in our spirituality through the practice of Reiki Ryoho. All in order to achieve an absolute inner peace, also called "Satori".

Hyakuten Inamoto explains what is Reiki, Reiki Ryoho and Reiki treatments at a distance. With many thanks to Viktoria Romanova, Komyo ReikiDo Ukraine